What is an Independent Contractor Agreement and why do I need one?

An Independent Contractor Agreement is a document used to engage staff who are "independent" in the sense that they are not employees.

Contractors run their own business and as such they are generally responsible for paying their own tax, super and other entitlements and fall outside of the requirements that apply to employees. For example, they don't earn holiday pay or operate under the direction of an employer.

If you are a contractor, you should put an Independent Contractor Agreement in black & white and ask your client to sign it. It will help you get paid and protect your rights.

Likewise, if you’re hiring a contractor, make sure you get the agreement in writing to clearly set out expectations and clarify that you not responsible for employment type obligations like annual leave and sick pay.

RELATED
So easy, you can write your own Contractor Agreement. Simply fill-in the blanks and save $1,000's in legal fees. 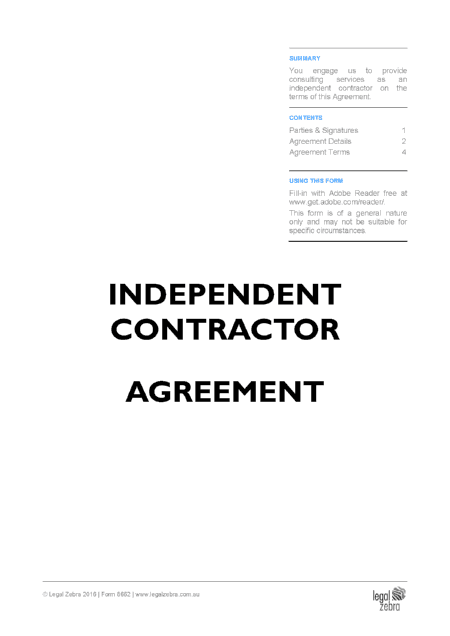